Hit enter to search or ESC to close

Colin is British and worked for Scottish Woodland Ltd. as CEO from 2005 to 2017, following a period from 1998 to 2005, where he was Investment Director in the company and before that Forest Manager. In total, Colin has a career of 40 years in Scottish Woodland, one of the UK’s leading forest management companies, and has extensive knowledge of British forestry in particular. He also has great knowledge of forestry investment in North America and Europe.

Colin was appointed non-executive director for CONFOR (The Confederation of Forest Industries) from 2008 to 2017 and was the Chairman from 2014 to 2017. From 2006 to 2016, he was Trustee of the Scottish Forestry Trust. He is still periodically appointed by the Scottish Government for various tasks.

Colin is currently the Executive Director of LFI Silva Investments Ltd. (a subsidiary of the Lundbeck Foundation)

Colin Mann holds a BSc (Hons) in forestry from the University of Aberdeen and is Fellow of the Institute of Chartered Foresters.

Mats is Swedish and worked for SCA Forestry AB as CEO from 2008 to 2018, following a period from 2003 to 2008 where he led the forestry department in Södra as MD of Södra Forestry. Prior, he held several different positions in SCA, such as COO in Silviculture, District Forest Manager and Sawmill Manager. SCA is the largest forest and forestry industry group in Sweden and the largest private forest owner in Northern Europe. Mats has extensive knowledge of forestry in the Nordic and Baltic countries.

Mats Sandgren holds a MSc in forestry from the Royal Swedish Academy of Agriculture and Forestry.

Palle is Danish and was professor in Silviculture from 2015 to 2019 at the University of Copenhagen, Forest and Landscape College. Prior to that, he was a senior researcher from 1999 to 2015. Today, he is Principal, Lead Restoration and Practice Research, at InNovaSilva, which he started with a mission to advance and improve sustainable management and restoration of forests and forest landscapes challenged by climate change by innovating through applied research and development.

Palle holds trusted positions at IUFRO (International Union of Forest Research Organizations) where he holds several positions in the Task Force’s as Deputy Coordinator or Coordinator. He is also the project leader of a project financed by the Villum Foundation: Climate Change Adaption Trials in Iran and Denmark of Selected Broad-leaved Forest Tree Species.

Palle holds a PhD and a MSc in Forestry from the Royal Veterinary and Agriculture University, Copenhagen.

Poul is Danish and has worked for the Danish Nature Agency since 1990. Since 2006, he has been a State Forest Supervisor with responsibility for more than 10,000 ha in Jutland. Prior to that, he was a Trade Forest Supervisor for five years responsible for trade of wood products from Danish state-owned forests, both nationally and internationally. Poul is also a private forest owner and holds positions as chairman, board member and member of the Advisory Board for companies that own forests in Jutland. As a former forest owner in Latvia, he also has experience with forestry in the Baltics.

Poul holds a MSc in Forestry from the Royal Veterinary and Agriculture University, Copenhagen and has an Executive MBA.

Cresco Capital Services provides access to direct investments in forestry with robust returns. Through a close partnership with mutual incentives, we ensure transparency and simplicity when investing in forestry.

Cresco Capital Services is headquartered in Denmark and has extensive knowledge and experience in forestry in Northern Europe. We focus on sustainable investments and management of land and forestry assets in the UK, Ireland, The Nordic Countries and in the Baltics. 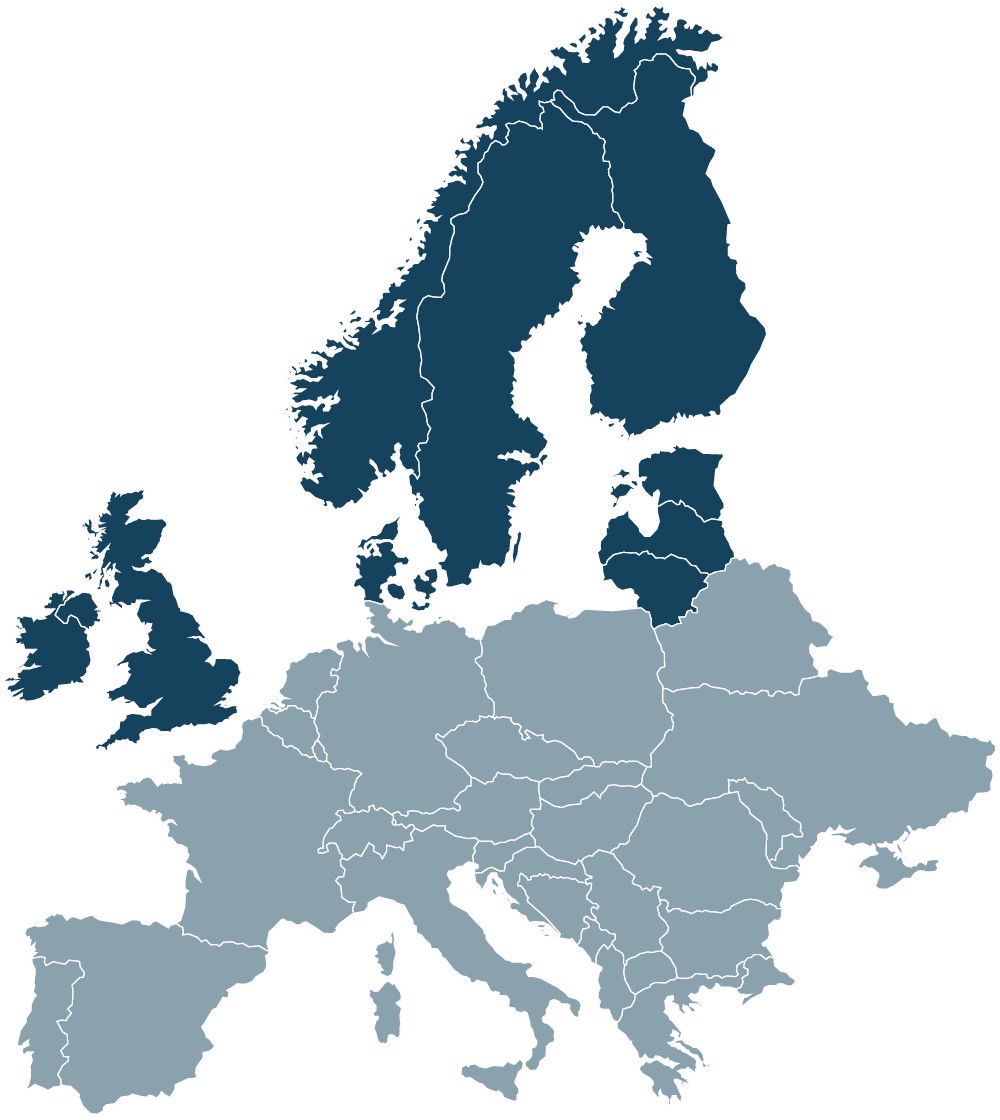